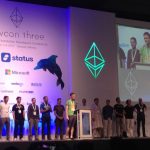 I was honored to speak at Devcon3, the Ethereum Developers’ Conference, on my research on coordinating decentralized optimization with blockchains.

The attendees were a strange mix: 30-50% of the attendees were speculators who knew nothing about blockchains, but were frantically trying to understand the asset which had ballooned in their portfolio. Another 30% were startups or wild-eyed entrepreneurs, trying to convince the world that their new idea would be bigger than Bitcoin and Ethereum. And maybe 10-20% were actual developers, people genuinely interested in advancing the field.

The venue halls were an odd mix of old-time blockchain enthusiasts catching up, booths staffed by awkwardly smiling entrepreneurs who hadn’t hired salespeople, developers wandering around and looking lost, and investors who looked like they’d had a little bit too much caffeine and far too much technical content.

The Ethereum Foundation uses Devcon to showcase the year’s progress on Ethereum Core and put the next year’s vision on display for critique and feedback. As a result, 60% of the talks were really targeted at developers, and were comparable in depth and content to what might be found at an academic conference- including my talk on securing decentralized optimization (watch here).  The other 40% were updates from startups and applied projects, highlighting new architectures built on Ethereum to do everything from facilitating enterprise blockchains with Quorum to creating instantaneous sidechain transactions with Raiden (the most popular talk I saw).

I was deeply impressed by the Ethereum Core team, whose talks were consistently the most detailed, rigorous, and forward-looking. Rather than dogmatically promoting Ethereum, the team members were transparent about the shortcomings of the new language, proactive about roadmapping solutions, and open to competing ideas and alternatives.

However, I’m afraid that the pragmatic (and deeply technical) approach was lost on many of the attendees. “I have no idea what’s going on, mate” one British investor told me while Vitalik was talking, “But I’m bloody excited- this shite sounds incredible!” I’d never before been part of a bubble, but talking with the investors who had taken out personal loans to gamble blindly on cryptocurrencies made me feel nauseous.

“It’s like the Dot-Com bubble, but ten times faster,” a serial entrepreneur told me over dinner. “In the early 2000s it took two years to raise 100 million dollars in an IPO. Now it takes three months.” Each successive conversation underscored the fairytale feeling: grabbing my badge ahead of the Status.im founder who raised $150M for a nebulous idea, chatting with a surgeon who had gambled $200,000 on Ether which grew into $3M over six months, watching the founder of Spankchain running around the conference slapping asses as a way to promote his ICO.

It feels like the blockchain world has become untethered from reality, and is at risk of spinning into a bubble of frantic investment in empty ideas. With minimal regulation and very few people with more than a few yaers of experience, it’s currently the wild west out there. Be careful, have fun, and stay grounded. 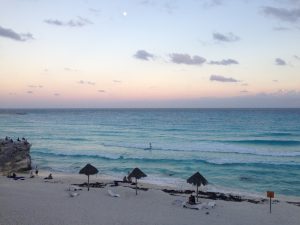 Cancun- not a bad place for a programming conference.

(Note: This post was originally written in November 2017, but was released in May 2018)