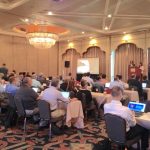 As the clapping faded, Viktor’s voice rang out over the audience. “…As you navigate the traps and landmines ahead I want you to remember one thing: hustle beats smarts, when the smarts don’t hustle.”

Congratulations. You are now I-Corps alumni. In six weeks the teaching staff at the National Science Foundation’s Innovation Corps (I-Corps) program had taken a crew of ‘smarts’ and taught us how to hustle. They had forced us out of the building, made us interview 120 strangers, questioned every assumption that we had made over 4 years as PhD students. They had broken down my ideas about entrepreneurship, and rebuilt them on an evidence-based framework.

I can no longer spin guesses into facts, can no longer speculate about the right solution for customer needs, and can no longer hide in the design studio or workshop while I work on a prototype that needs just one more feature before it’s ready to go. 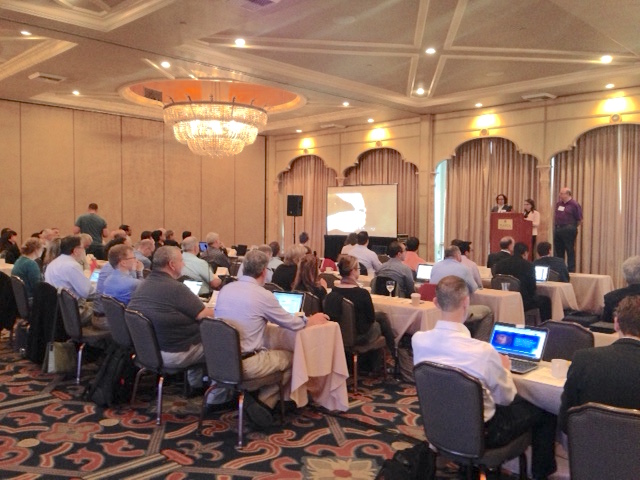 Closing ceremonies at the NSF I-Corps

Before joining the NSF I-Corps, I had read The Lean Startup, The Art of the Start, Hackers and Painters, Seth Godin’s blog, Paul Graham’s notes on ramen profitability, and dug through every archived post by Joel Gascoigne. But then I still went ahead and spent 5 months building MyCarbonOffsetter, a product that nobody wanted. I hadn’t interviewed any potential users before jotting down the criteria for an MVP. I spent days working on a smooth payment integration, without finding anyone who wanted to pay for it.

And I didn’t learn the lesson. With Switchskis, I spent days machining and testing prototypes before ever talking to users. When I got the courage to describe the idea to potential users, I discounted their concerns about performance specifications. Talking with influential skiers in my community, I realized that I didn’t share their values and found it difficult to share a ski lift with them- instead, I hoped that the product would sell itself and I wouldn’t need to interface with users.

The evidence-based entrepreneurship curriculum presented in the NSF I-Corps reverses all that. The MVP criterion should be defined by the users- and can just start with napkin sketches. Willingness-to-pay should be proven before writing any code. And payment channels, influencers, and saboteurs should be identified before investing in product development.

No other short training program has made such an impact on my mindset. I’m applying the lessons not just to entrepreneurship but also to research, job-hunting, and thinking about government policies. At the opening presentation our team was greeted by a room of quizzical stares– at the finish it was great to leave the stage to a round of applause instead. We’ve come a long way.