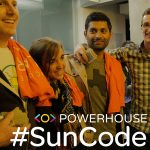 Every year I look forwards to the Suncode hackathon, organized by the Powerhouse solar incubator in Oakland, CA. Participating in the 2015 Suncode hackathon gave me the courage to help organize the Cleanweb Berkeley hackathon, and taught me an immense amount about the solar industry.

This year, Jon Mather and I were interested in implementing our recent research paper on distributed energy optimization, and recruited the skills of Tanyoung Kim for data visualization. With a team and a project idea, I felt much better organized than in any previous hackathon I’ve attended.

Unfortunately those grand plans didn’t fall into place over the course of Saturday, and our team walked away without an award or honorable mention (but with some useful contacts for developing the project). Much like at my last Suncode, the team wasn’t able to stitch together the individual contributions into a coherent whole during the allotted time, and we presented just Tanyoung’s data visualization. Someday, I’d like to see my code end up in the product that’s presented at one of the Suncode hackathons!

While I was much better prepared this time than for previous hackathons, I clearly still have a lot to learn.  The following are some of the things that worked -and didn’t- from this year’s Suncode:

I was much less stressed about technology this time, and instead my stress came from time management and communication issues. Definitely highlights areas I need to improve for the future! 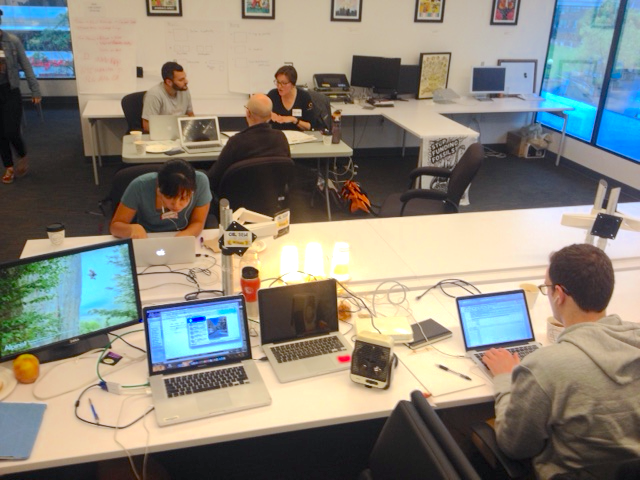 Our team busy hacking, with WeMo & Sylvania lightbulbs, a fan controlled by a WeMo switch, extra monitors for coding efficiency, and extra laptop for Ethereum networking, and lots of caffeine.